Yes I did not stop at just  Robots which i showed the
past two days HERE and HERE
I then took the Cook lego of the shelf
and wanted to  make one of them   having already having the
body part ready as it was the same as the robots body
I thought this was going to be easy.
EASY ? NOPE no way after spending  nearly a day on
the head pattern in Make the Cut thinking it was right I
then went and cut it out  took nearly a day to get it glued together
and NO IT WAS not RIGHT !!
so I then tweaked my pattern and  cut again this one was
worse to get together (there must have been  a better way
to make the pattern??)
So  that head went with the other one (not finished as i gave
up on that one)  And I went back to make a completely new style of
pattern for the head. Much easier to put together  but still not the right size .
So that one went with the others along with two more tries
and then I  made a head that I was happy with .
Still takes a long time to make , but was lots happier with the result .
and then there was only the hat to make.
All done .
Here he is 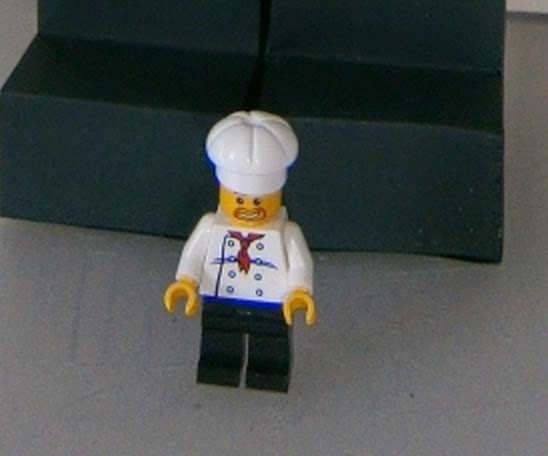 And here is my go at him 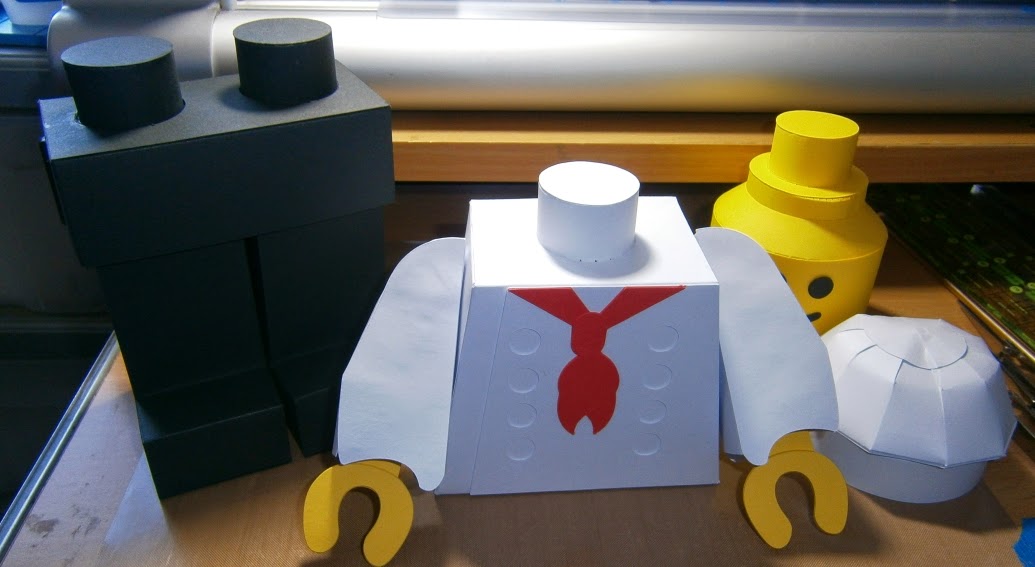 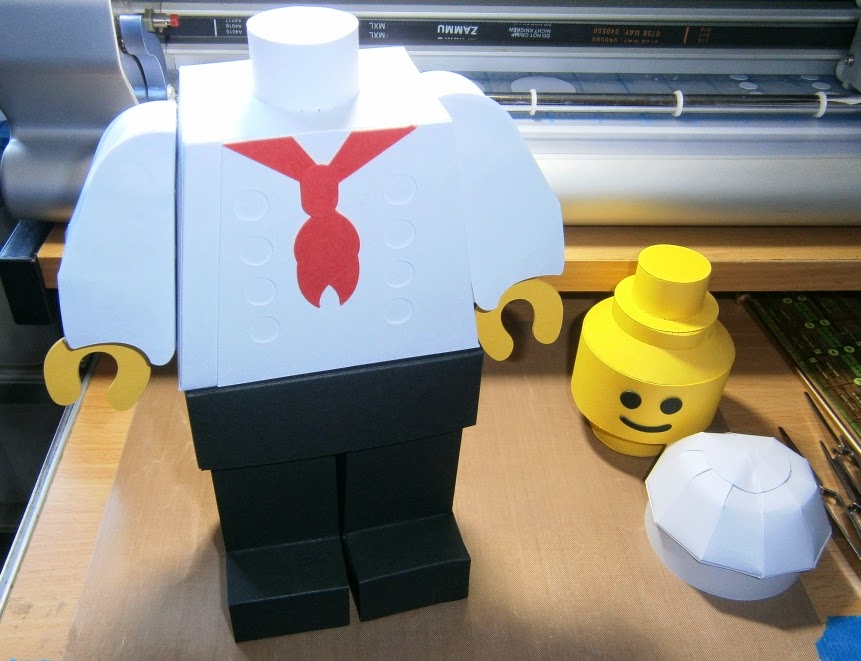 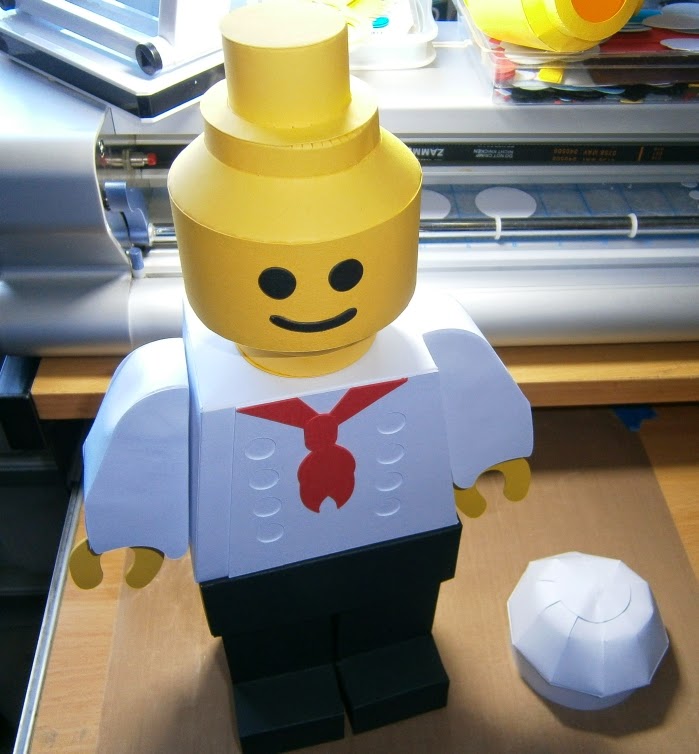 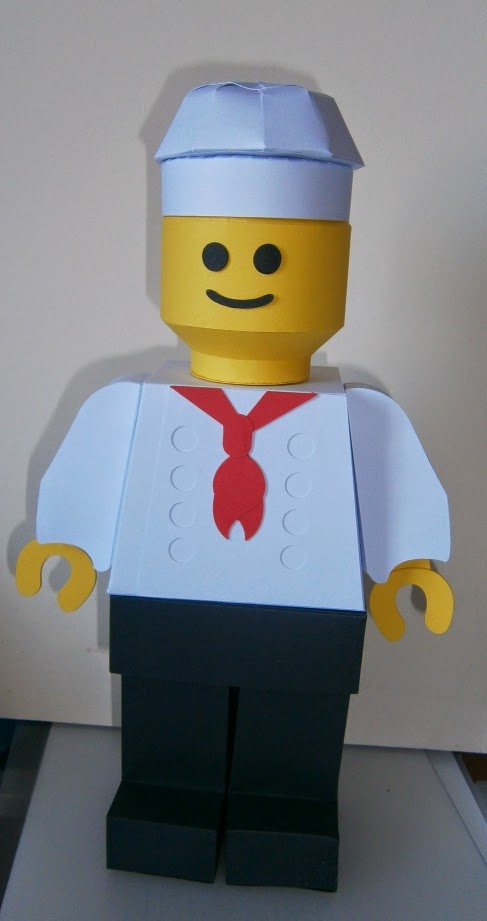 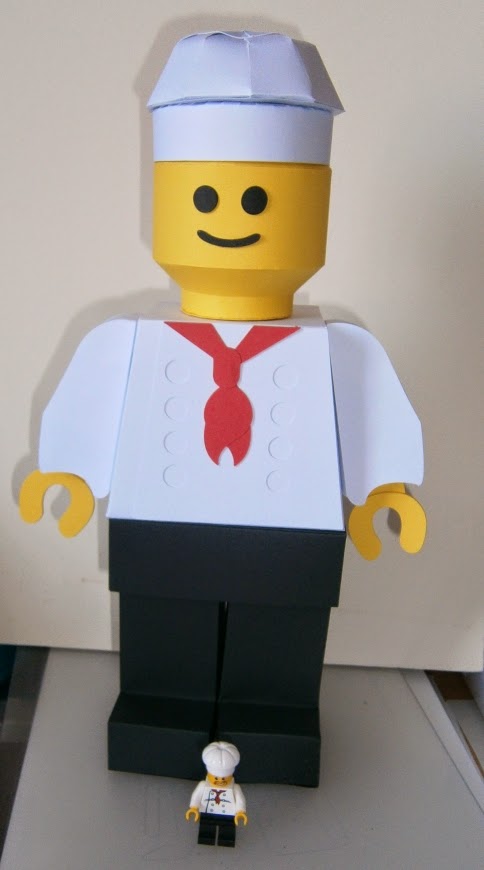 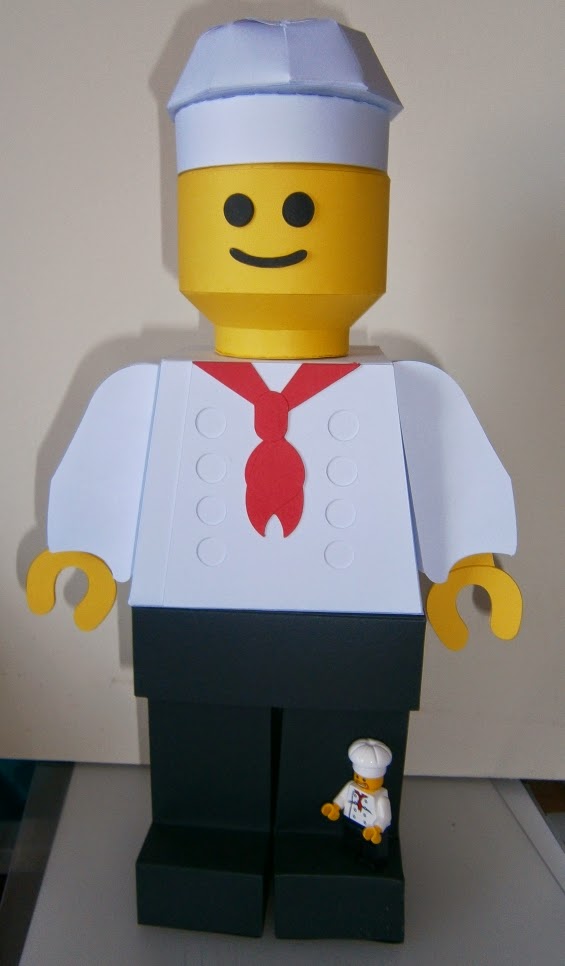 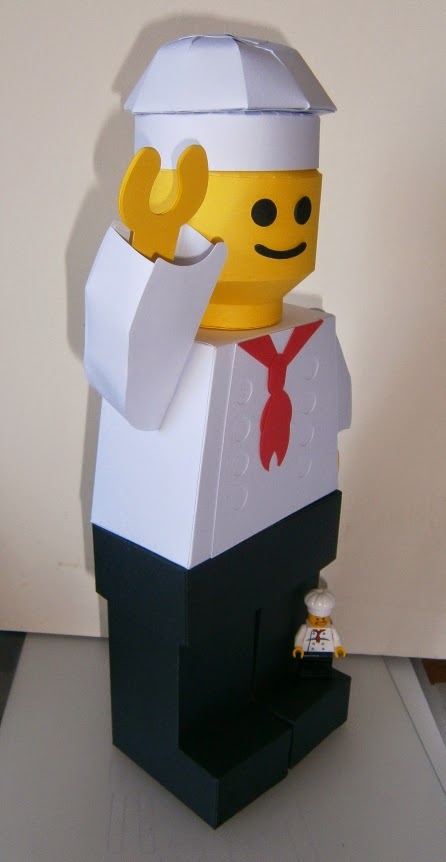 Posted by SusanBluerobot at 9:02 am

This is awesome! You are very talented! Thanks for sharing.

Susan, your works are so amazing and inspiring! The cook boy looks stunning.