Robot's evil twin PLUS answer to a question

Yesterday I showed a "little Blue ROBOT" I made
to sit in a balloon we were about to hang up .
Today I am here to show "Robot's EVIL TWIN"
(well that is what Neal called him)
Reason I made him as to save card stock on both the
blue and grey cutting two complete robots from each colour
and making it two  different robots was the best way. 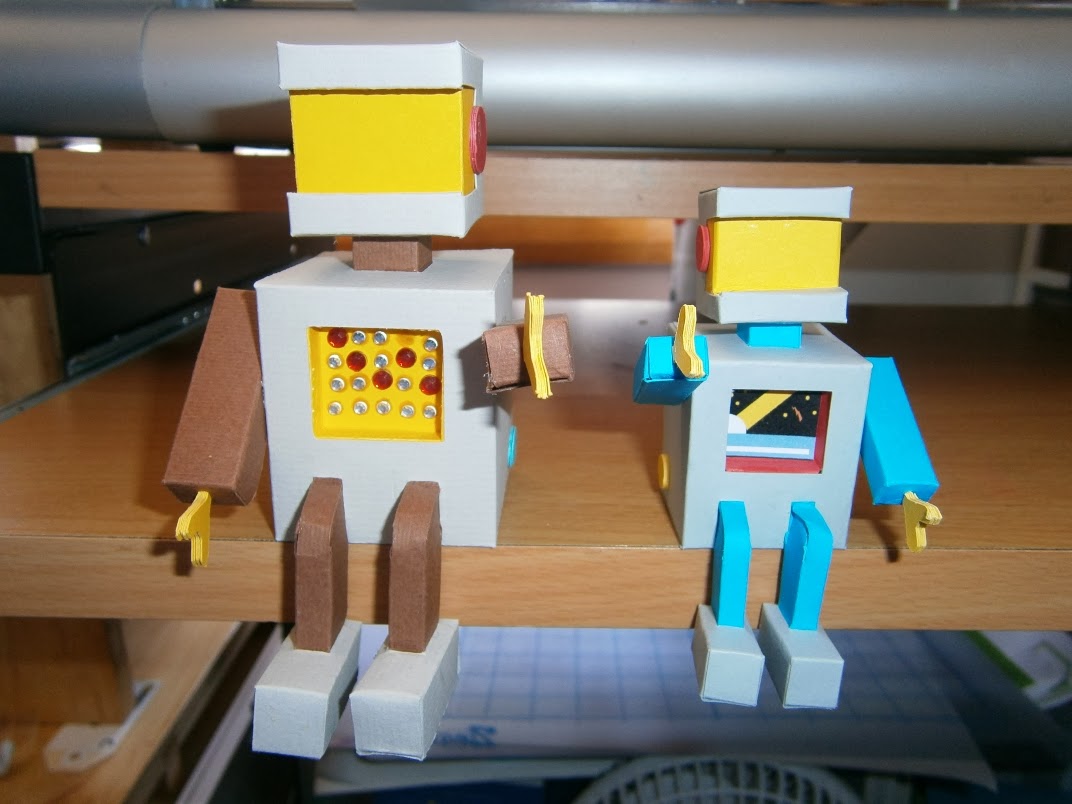 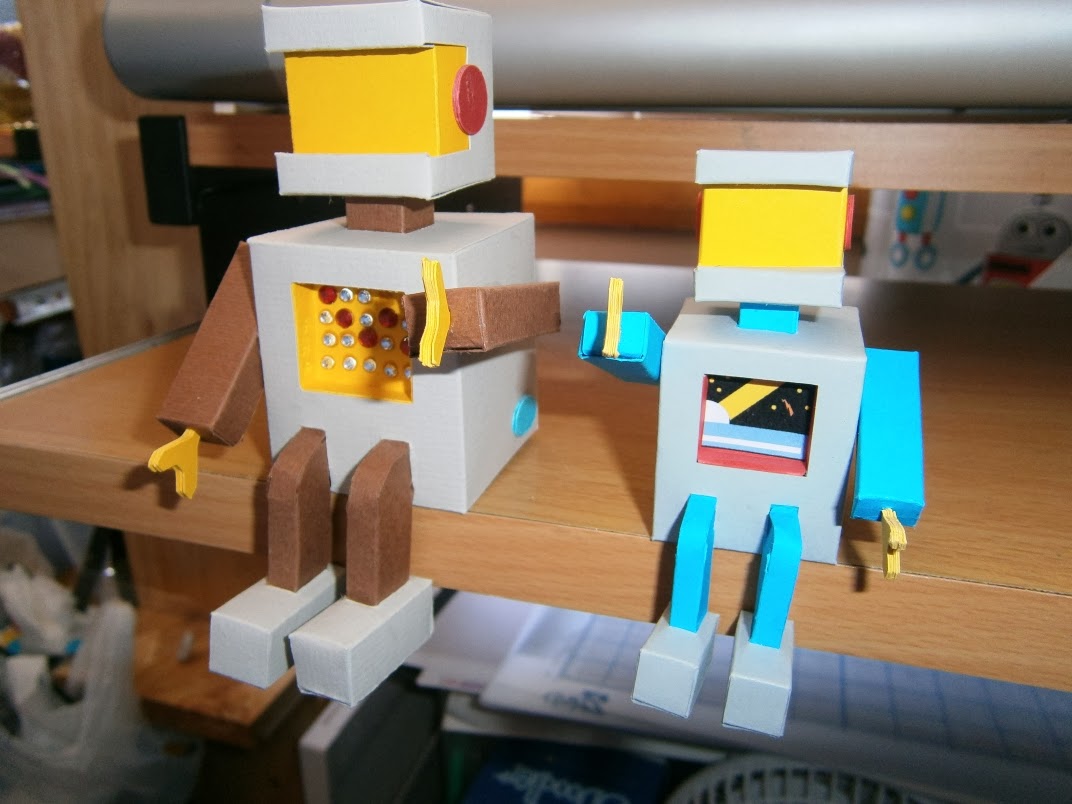 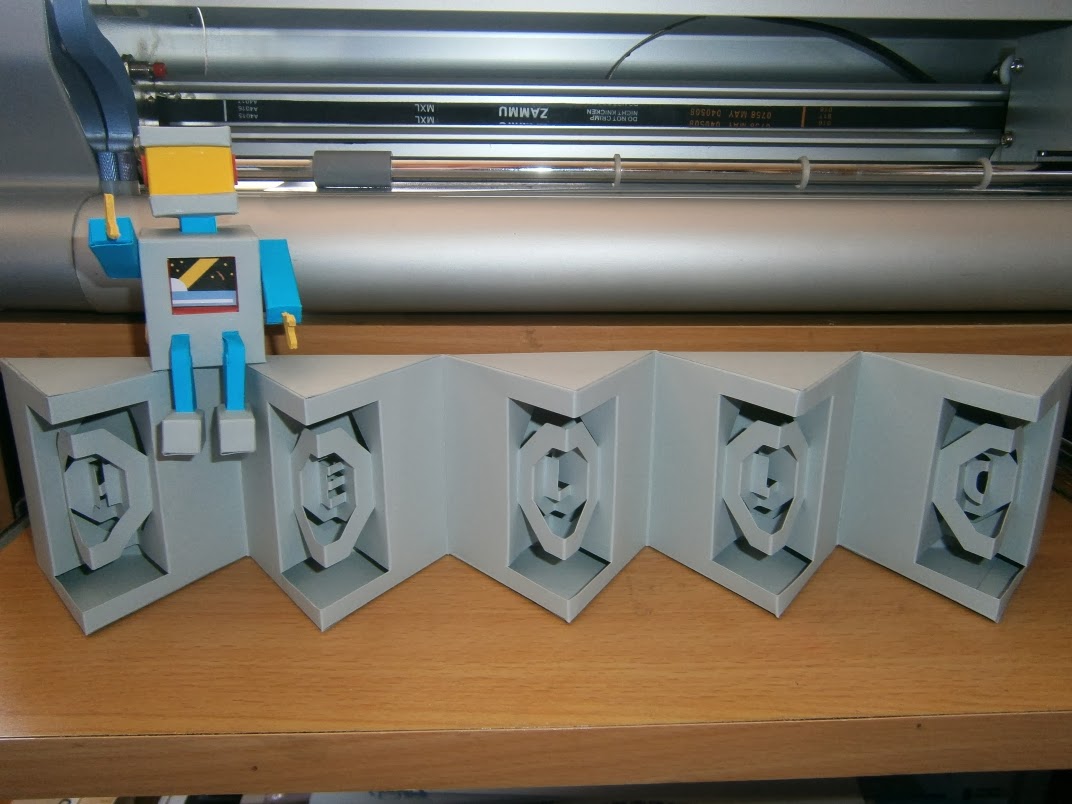 Now to a question "what is the story of the robots?"
Answer. Back in the late 1980's when I met Neal he
has a small collection (small hmm well back then it was
a big collection) . And  then at the same time we did not have
internet but we would get newsgroups and bulletin  boards
through dial up and back then you NEVER used you real name
and as Neal was using RedRobot I went with BlueRobot.
That went till we got internet and I was still using BlueRobot on
stamping and plastic canvas lists on line , BUT the trouble with
that is that people would think that i was a MALE and I later added
the Susan in from of  BlueRobot and then when it came time to
have  a blog WOW back in
2006 (can not believe it has been that long ) I  called it  SusanBlueRobot .
And i got more and more into the robots over the years till NOW I have
taken over the Robot craze completely. (poor Neal)
Posted by SusanBluerobot at 11:10 am

What a great story...you are a very interesting and talented person SusanBlueRobot and I am so happy that you are part of the great MTC team.
Thank you for your great videos...I love hearing your soft, kind, Aussie voice.
Carol