This week (week 15) was spent playing
with the pen adapter , scoring (embossing) and
then cut . While surfing the net I came
across this cute robot at paper poseables

And I knew straight away  that I wanted to make it !
The cool thing is, is that it is jointed at 6 points
and you can pose it any way you like.
Now even though it was not as easy as getting the pattern
putting in MTC  and cutting on the Zing.
I did have to take it into
inkscape and tweak it to work with MTC .
BUT IT WAS ALL WORTH IT
Here is my take on Josh's robot 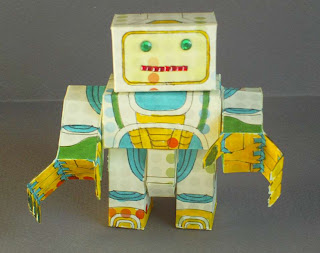 While in inkscape I decided that I did not want to
make it print and cut file for MTC. That I wanted to
use the pen adapter and after use copics to colour
just the parts i wanted in my own colours. 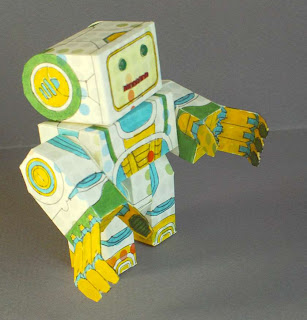 The time spent setting it all up in inkscape was
well worth the effort  coming up with three files
a draw file, score file and then cut file made
my life soo much easier when it came to putting
the model together . 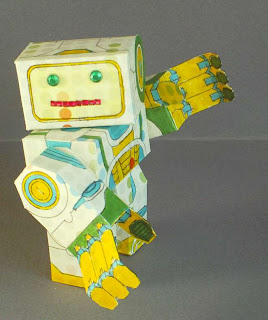 I cut it on dotty scrapbook card stock and it gave
another effect to the colouring
I was happy with how it turned out . 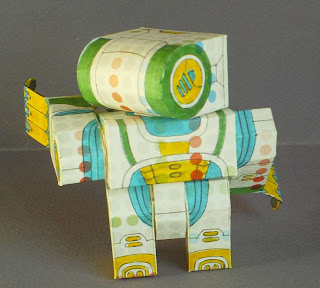 That I did not stop at just cutting one  as the one above
was cut at original size of Josh's pattern
I then wanted to make it bigger using the same tweaked
version I made a BIGGER one  and cut it in white
lightweight card stock. 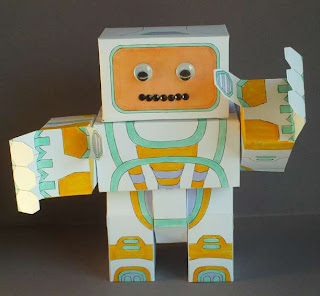 The joints give the robot real personality.
I can see that the idea of doing the joints this way
will later end up going in a lot of my own patterns. 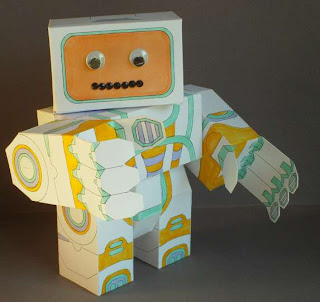 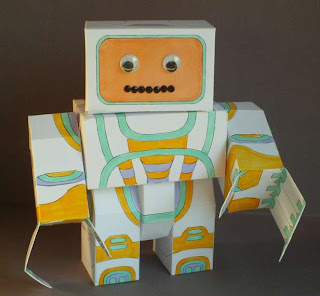 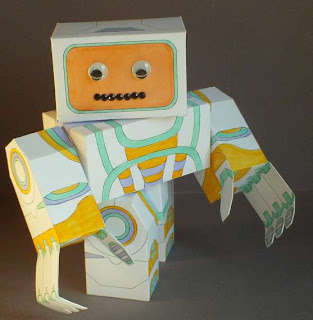 I have come to the conclusion that i may rarely do
any hand scoring on my work again as the zing on
full force and 3x, does a fantastic job of it . 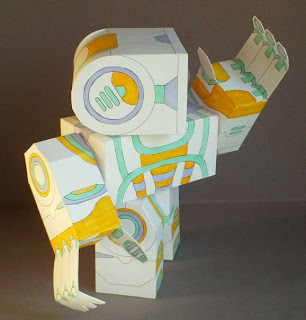 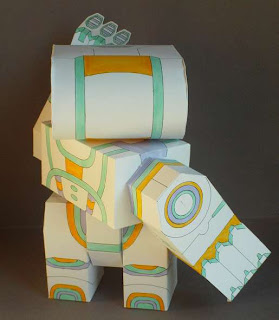 Here are the Tall and short Robots 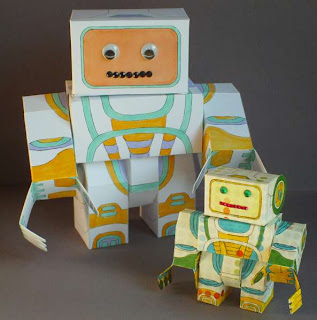 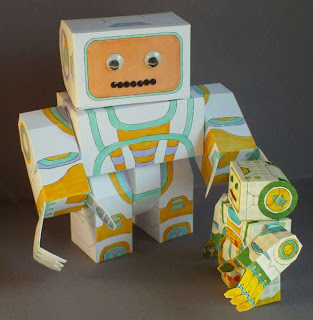 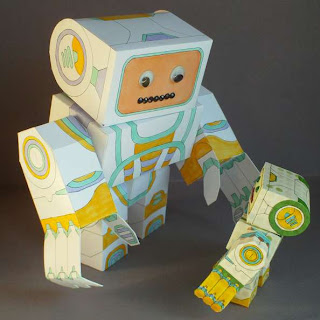 P.S. Paper Poseables have lots of other great
things that i plan on making too
The ZING is here to stay!!
I am off to explore some more.
If you live in Australia and New Zealand
and wondering where you can get a KNK Zing
SKAT KAT  is the place to find them
Posted by SusanBluerobot at 3:54 am