Week 13 adventure was spent making some
cards using digital stamps, copics and the ZING.
Having seen this style of card on the  internet recently.
I liked it soo much that i knew i wanted to make a base card
pattern of it  (little different to the ones i seen on the net as they
had lots of scollops on the edges)
After making the base of the card pattern. with 13 panels needed
to be filled I found it hard to think of what to put on them.
Then i remembered that there would be enough of the Tess bears
from alota to go on it somehow and here is what i came up with
coloured by hand using copic markers
Card One
(made 2 of this one) 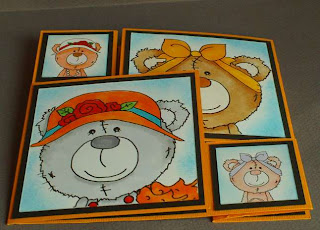 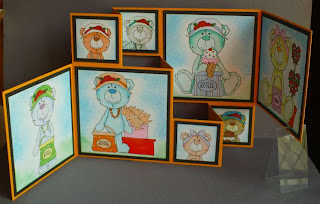 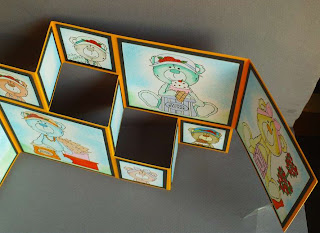 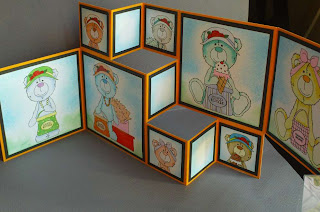 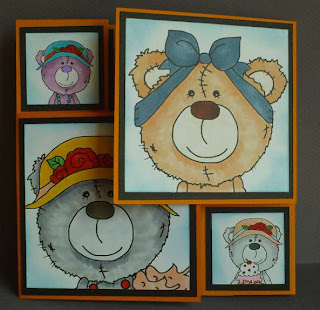 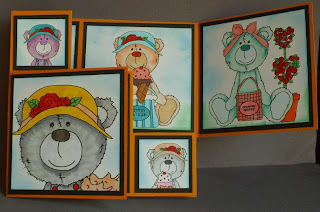 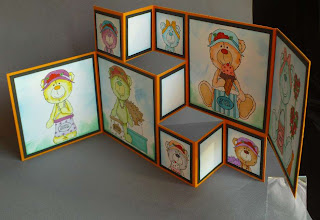 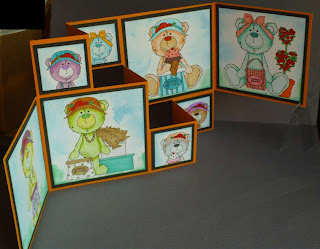 NEXT
Then I wanted to start learning a bit more about
make the cut. So I spent nearly a week
watching youtubes and trying what they were
doing.
Here is a card I made. Colouring it all
using svg into mtc and putting all pieces on
"each there own " and colouring each piece the
colour that suited before printing and cutting.

HOWEVER i did shade with copics after the
card was made up . 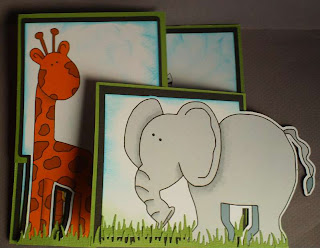 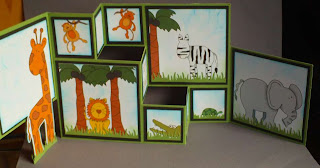 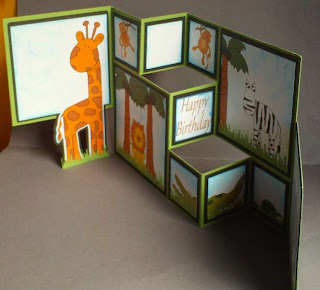 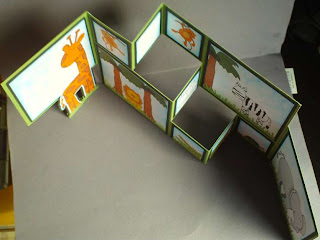 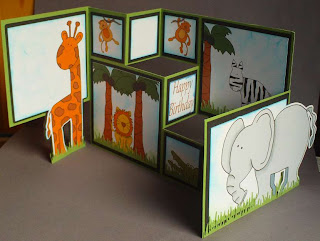 All stamps used in this post are ALOTA Rubber stamps

I am off to explore some more.
If you live in Australia and New Zealand
and wondering where you can get a KNK Zing
SKAT KAT  is the place to find them
Posted by SusanBluerobot at 4:35 am

these are very awesome! cant wait to try one of these out - soo much to learn - i have the best teacher ;-)