Week 11. This week I played with the
heat vinyl transfer again, and learnt some
big lessons while doing it .
My son was impressed with the shirts, tshirts
and flags that I have been making for Neal
that he started asking if  it was possible to
do different things with the vinyl.
So I brought some t shirts for him and he picked what
he wanted .
First of he wanted the Darth (pulp) Fiction 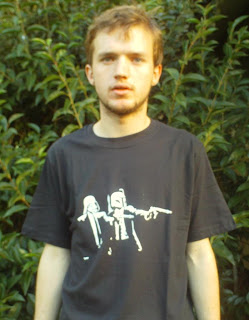 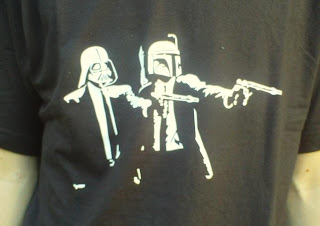 After seeing the bike on sign that I made for
Neals bike He then wanted a gaming t shirt
and this is the result.
(FORGOT that I had to reverse the project
so it would be right after ironed on. So I had
to recut it TIP the good thing was that I had
used a font that worked most letters on this
saying when flipped and only cut a few letters that
did not work ) 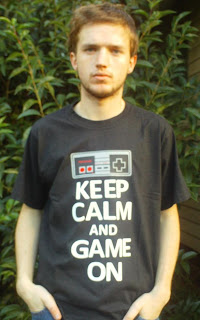 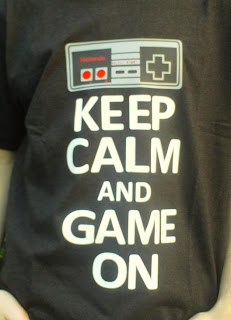 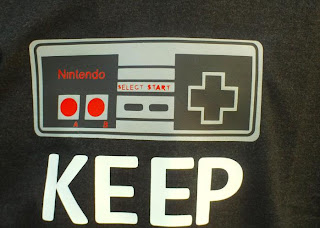 Now for my biggest lesson learnt this week.
DON'T be in a rush to get the t shirts made
LET COOL BETWEEN COLOURS!!!!
Martyn then said he would like this wonder woman
put on a tshirt So I spent a few hours changing
the picture into a picture that was possible to cut
and I had to order some skin tone and gold heat vinyl
for it .
(P.S. I used inkscape and hand traced the picture to make
this. It is not a few clicks and done but it is well worth the
extra work to take time) 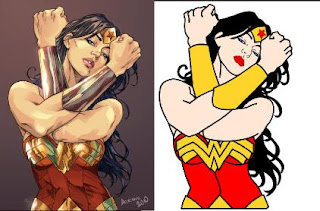 With the way I had designed it I had to put it
on a red or lighter tshirt as it would not look good
on a black tshirt.
I cut all coloured pieces and went to iron and started
ironing all the pieces one after another on the red tshirt
thinking that the colour to be more worried about was
the gold as it was a metallic, so I left that to last.
I was doing colour after another  while it was all still
hot. WRONG!!! It got FAR too hot and the skin colour all
burnt. (IT WAS A MESS) Not fixable tshirt  wrecked.
Turned of the iron left the wrecked tshirt where it layed.
Next morning i got up and cut out a black layer again and
I was going to cut a white layer and maybe use fabric paint
to add colour but while I was showing Neal and Martyn
What I was planing the top layer just happened to be red
and they both said  that would look great that way , as it
is on a red tshirt .
LOOK at the Fixed tshirt! This is over
the wrecked one and you can not even tell 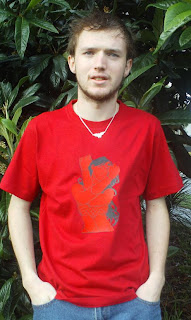 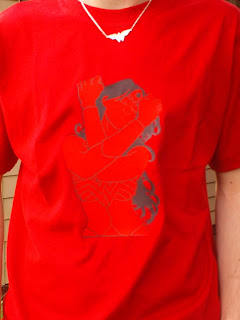 I will be making the coloured one LETTING cool
between layers , and will show you that  when it is
done. I just have to buy another red tshirt.

I am off to explore some more.
If you live in Australia and New Zealand
and wondering where you can get a KNK Zing
SKAT KAT  is the place to find them
Posted by SusanBluerobot at 4:48 am