Chipboard and Blueblade ( plus tips)

Week seven with my Zing was spent a bit apart. Having had to find that
OFF button and leave it behind as i headed out on my holiday.
BUT I did manage to get some things to still blog about
this week including a tip/lesson on what to do when you are using "knife point"
That is at end of post, so first of . I have been making more
"bicycle related things"
Neal wanted a bike wheel with wings on it of here is the
first one I cut , sadly the spokes of the wheel were a little too thin,
BUT they were too thin but out of the 42 spokes only two broke.
which was easy fixed as i hid that under the wings. 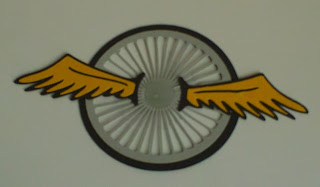 Then i tried these ones with thicker spokes and was able
to cut them smaller but the spokes on these were now to thick
and just did not look right. But still looks good for these badges. 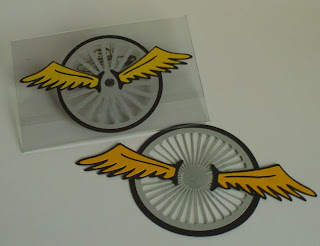 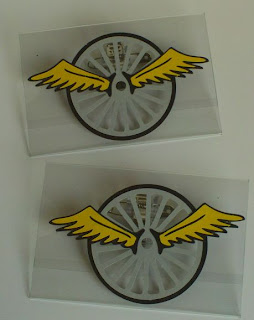 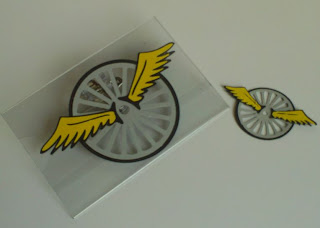 THEN  it was now time to get out the blue blade
Oh it cut the cereal boxes really well I loved it.
I have already  covered this chipboard with the aluminum
tape  but the spokes on this one is perfect and cut soo
beautiful using the blue blade  with a cut of twice. 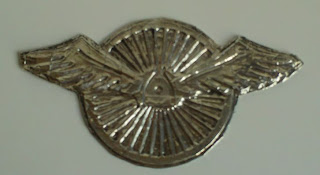 THEN it was time to do the project that I had planed to do with
this wheel and wings. Neal had a bike helmet  that was missing
the plastic skin covering. So what I did was cut bike gears and
the winged wheel out of the chipboard and glued them on the helmet and then covered
with the aluminum tape and did a black paint over the top and rubbed
of the excess before the paint dried completely.
Neal is very pleased with it. So am I . 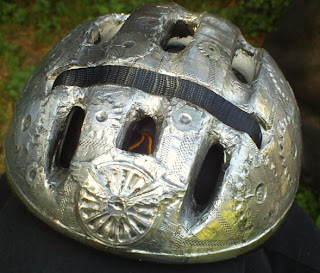 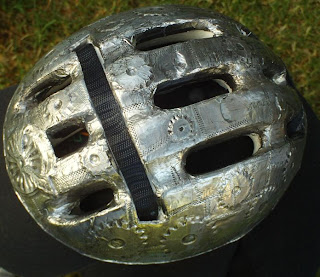 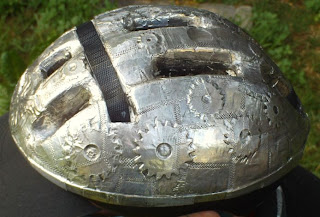 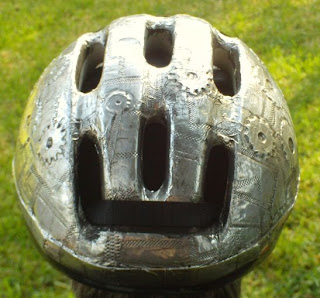 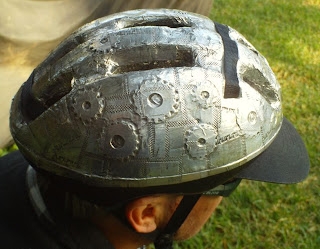 I loved how the Zing cuts the  chipboard that i then  thought i would
make a photo frame out of some thicker chipboard i had.
This time i cut out 6 of the robots in the chipboard and glued them together
After gluing I then painted the whole robot black and then added the colour
card stock pieces I cut out of normal card stock.
And what picture would you put in a bluerobot frame but a picture of me LOL . 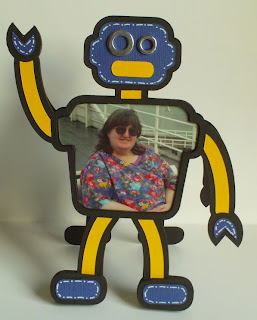 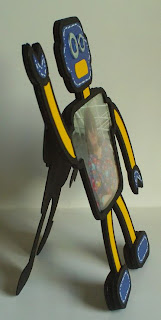 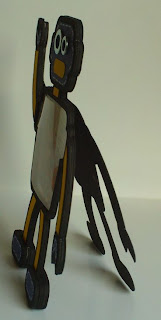 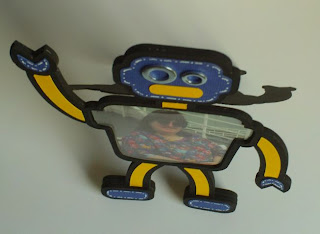 ZING TIP
have you ever cut something an wondered where it really did cut
but then taking it out to check if it cut, there is no way to get it back
in the machine to make sure that it cuts where you cut the first cut?
Here is what i have started doing if i am in doubt. 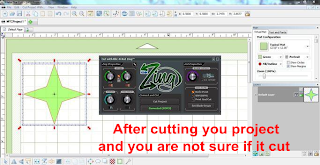 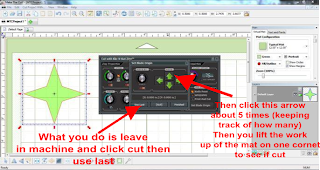 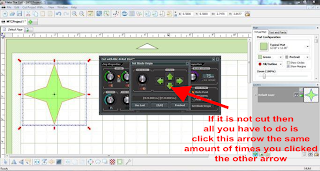 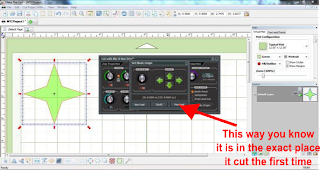 I am of to explore some more.
If you live in Australia and New Zealand
and wondering where you can get a KNK Zing
SKAT KAT  is the place to find them
Posted by SusanBluerobot at 4:35 am

Labels: how too, how too make, Inkscape, KNK, KNK Zing, made by susanbluerobot, susan's, SVG, Zing, Zing cutter